3 år sedan
For the price, the Zhiyun Smooth 4 is a great gimble for the mobile phone. To start of with, the app is quite easy to use and connects to the phone via bluetooth seamlessly. If you turn Smooth4 off while you are out and turn it back on, it will ask to sync with the phone again but that just takes a tap of the bluetooth button. All footage and videos are saved on the app. There is a social sharing feature, but it is lacking. Since Zhiyum is a Chinese company, they have all the common Chinese social platforms, but not many besides that. There was Facebook and Twitter but I was surprised Instagram was not there. There is also the possibility to save the footage to your phone. Charging was fast out of the box and initial set-up was pretty intuitive. Phone feels very secure tested with a iPhone 6s and iPhone 8. The equipment itself feels nice in the hand and is the perfect weight. Not heavy but weighty enough to have control over it. Can be hard to adjust in the moment. The instructional manual simply described the different modes, however, these are a bit hard to remember when you are out shooting and I often found I wanted to switch between the different settings to get the footage I was looking for. I also felt it performed better with the phone in horizontal position over vertical. Overall it was incredibly smooth recording. 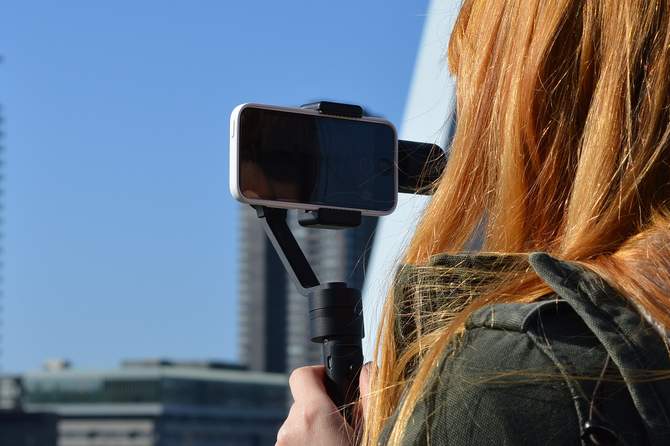